It’s NOT over! Creating new beginnings

Ronna Prince is a filmmaker,  a Certified HeartMath Coach and HeartMath Instructor and a Radical Forgiveness Coach.  Join me on Facebook:

https://www.facebook.com/SacredJourneyoftheHeart
At the end of this article: Information and web links for my 1 hour free webinar on
Navigating Change: Awareness, Acceptance and Peace
Time: Thursday, January 5th at 6:00 PM Mountain

I bet that if you think back to times in your life when something significant was ending, you had repeating  thoughts running in the background of “it’s over, it’s over…” and accompanying this thought most likely would have been some feelings such as dread, fear, regret, and even incredulity. Over the years, I’ve come to recognize the emotion of incredulity as one of the greatest creativity killers of them all – because with this feeling, comes the thought: “I can’t believe it..”.  And when we can’t believe something is over, it’s nearly impossible to creatively think of new beginnings. This is what causes the situation of being stuck. 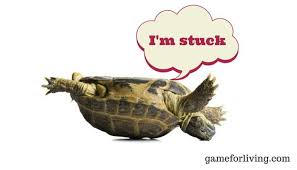 So how do we get UNSTUCK?? One of the favorite parts of my film, Sacred Journey of the Heart, is recounted by Mary Morrissey.  In part of a group that went to South Africa to award him the Gandhi-King Peace prize. Here is an excerpt from the film’s transcript:

“I had a burning question to ask Mandela: “How did you get sentenced for life by a country and spend 27 years at hard labor. And then when you get released, you’re not only released, but you actually become President of the country that sentenced you for life. How did you do that?” He said, “When I went to prison I was an angry, bitter young man. I spent the first period of my prison years in anger and bitterness.” He kept saying, “It’s over, it’s over, it’s over.” And one day he said, “Like a drop of water on parched land, the thought emerged from my heart, –what if it’s not?” And he said, “I stayed inside that thought, what if it’s not?.. and I noticed that I started to feel differently when I thought, “well what if it’s not over?” ~ Mary Morrissey

Mary goes on to share the rest of his story of writing letters about apartheid and eventually getting released from prison. And it ends with this beautiful statement from Nelson Mandela:

“The man I was who went to prison could never have been President of this country and done Truth and Reconciliation Hearings. I had to become the man that could do those things and it was a journey of heart.” ~ Nelson Mandela, as recounted by Mary Morrissey in Sacred Journey of the Heart

So, what I want to share with you is this: when you think (or know) something is over, you really only have two choices: one is to stay mired in that thought and the accompanying feelings and the other, is to ask yourself: ”what if it’s not over?”  And if you chose to stay inside the “what if..” question, you will find yourself drawn deeply into a heart-based journey. A heart-based journey, as I have discovered over and over, is one of trust. It is one of acceptance. And it is one of peace.  And from this place, amazing, miraculous things can and do happen!

I have had so many of these experiences in my life that I feel highly qualified to teach the “how-to’s” of creating conscious endings and new beginnings…. Or another way to say this, is that I love to teach the primary lessons of the heart: Awareness, Acceptance and Peace.   My first webinar of 2017 will be on how to navigate your heart-based journey with Awareness, Acceptance and Peace. See the details below.

What if it’s NOT OVER? An example…

I’ll share with you one personal example when I caught myself in the “it’s over…” mode. I had been searching for a distribution outlet for my film after our film festival run was over in early 2015.  I kept getting rejections or encountering hurdles that were too high for me to get over. When I caught myself in the “it’s over” mode, I decided to shift into the “what if..” and the “what if…”, led to the idea of reconnecting with my film editor, Scott Cervine, to see what he was doing.  I thought we might kick around the idea for a sequel to the movie called “The Rest of the Journey..”,  a film focused on what happens when we face deep heart-wrenching choices and unexpected outcomes from these choices.

As part of our conversation, Scott offered to talk to his friends at GaiaTV again about our film. This surprised me because we had already been rejected twice by this group. And just a few days later, I received a distribution offer from Gaia! The acquisition process with Gaia went smoothly and easily and the film is now on the perfect platform with a global audience that is creating a resurgence of interest in the film! Here are some of the fan’s comments and the first one is probably my favorite:

So, the lesson again for me was to ask the “what if” question ,while at the same time being in acceptance and peace with what was happening. And this place,  the intersection point between “possibility and peace”, is where the real action is in moving forward. If you are interested in learning more about how to consciously create a new beginning, one of the major themes for 2017, please join me online on: