Integrity: The Numerology Themes of 2017

Are you aware that one of the most important themes for 2017 is “INTEGRITY”? continue reading to find out why!

Numerology is one of my top passions and I rely upon it heavily during my sessions with private clients. With my understanding and years of study in numerology, it provides me with a deep non-verbal understanding of the meaning of things as translated through the basic energy vibration. (To learn more about how I use numbers in a session, see my previous blog post:  here.)

As we approach the end of each year and the beginning of another, I like to look at the primary themes that the New Year brings with it. We are now at the end of a “9” year, 2016,  which has been a year of completion. This year is the end of a cycle that began in 2008, the last year of “1”. If you consider your own life events from 2008 to 2016, you will most likely see some examples of a progression of experiences and events, many that are coming to a “final fruition” this year.  If you’d like to see an example of how this 9 year cycle played out perfectly in the creation and life cycle of my film, you can scroll down and read more.*

As we all wrap up this year, it’s a good time to look at a large cycle of years, such as the last 9 years and prepare for new beginnings, and possibly the germination of new projects, themes and opportunities.

2017 is an interesting year from the perspective of numerology. From a straight addition perspective, it is a year “10” – 2+0+1+7=10.  In tarot, the 10 major arcana is the Wheel of Fortune. This card carries many meanings, including fate, karma, continuing cycles of experience that repeat over and over, as well as good and bad “luck”.  It can also mean a “turning point”. 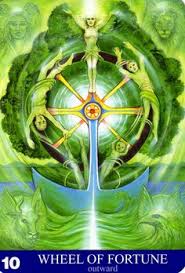 In my work, in order for a situation (which includes anything from people to emotional patterns, mental thoughts or life circumstances) to really shift, it requires consciousness and focused attention and effort. To put it simply, if we focus on ending what we no longer want to carry over or drag into 2016, we can truly initiate a new beginning – so the 10, becomes 1+0 or 1. The 1 in tarot is called “The Magician”. The Magician represents, taking action, wisely using one’s power, being a leader and acting consciously. 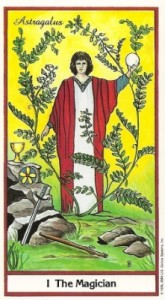 As a numerologist, each word or series of words can be calibrated using Pythagorean numerology in order to understand a deeper connection to the meaning and vibration. It’s very simple and works like this: 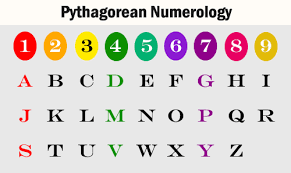 Personal names, business names, addresses, book titles, phrases that we say –everything vibrates to a number, which many consider to be the basic building blocks of our reality. Many of the great teachers and thinkers of our time have understood this to be true.  For example, Nicholas Tesla said: 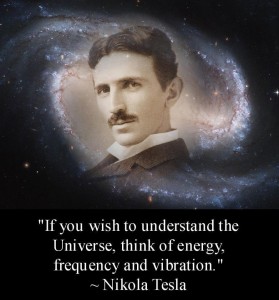 One of the most conscious ways you can finish up this year and prepare for a new beginning in 2017, is to answer the question: What is my greatest asset? What asset do I choose to expand? What liability do I choose to clear up (and by the way, “liability” = 45/9.)

You can do this by making an inventory of your assets and liabilities and consciously choose how you would like to change things, if necessary – again, on any and all levels of your life: financial, emotional, relationships, gifts, talents.. etc.

As I shared at the end of my free webinar on my revised Triple Heart Healing Technique, one of the most important new beginning themes for 2017 can be seen in this phrase:

“I am consciously creating  a New Beginning.”

The numerology translation of this phrase equals 172.  These digits, 1+7+2= 10/1 –the same digits as in the 2017 year. (The Triple Heart Healing Technique Webinar is available to download from my website: Webinar)

The key part of this phrase is the word “consciously”.

Here are a few more of the key numerology themes of 2017. All of these words translate to numbers that add up and reduce to a “1”:

And now for one of most important themes of 2017, a 10/1 year.  It’s the word and expression of a characteristic that has been under the microscope of US national politics all year:

Integrity is defined in dictionary.com as:

2. the state of being whole, entire, or undiminished:

You’ll notice that integrity translates to a “master number”, or a number that is doubled, like 11-22-33-44 etc.  Whenever a number is doubled, it carries a special opportunity. It means that we may be able to transform our challenges into gifts.  The number “5″ is often seen as one of the most challenging numbers because it represents conflict and change. It is also connected with the number representing human beings. But when mastered, the number 5 represents freedom.  So a master 55, stands for “Freedom through Integrity!”

The theme of integrity will be preeminent all next year but where it matters most is in our own lives.  Choosing to live in integrity often means making difficult decisions that may make our lives temporarily harder.  But in the long run, without integrity, the purpose of our life is tarnished.  As we prepare for the new year, I believe that the most important choice to make is to live with honesty, in a state of wholeness. The best way that I have found to do this, is to live my life from the heart!

**An example from my own life’s work is my film, Sacred Journey of the Heart. The seeds for the film were planted in my heart and soul in 2008, during my first trip to Glastonbury. We returned in 2009 with a group of 20 to lead a workshop in Glastonbury and visit the ancient sites of the area.  As it turned out, we were able bring a film crew and begin filming the initial parts of the movie during our tour in the UK. We continued to flesh out what the film was about during the next few years and finally, in October 2012, the film premiered to sold out crowds at Harkins Theater in my hometown of Phoenix. Over the next few years, we screened the film in film festivals, special events and workshops, 2013 to 2015.  And finally in 2016, we achieved the final step in the life of the film in obtaining online distribution from Gaia.TV.  This was a perfect example of the impact of “year numerology” working its way through a major project.