Eclipsing the Past – how to untangle from hidden family patterns

Ronna Prince is a filmmaker and coach certified in many modalities. At the end of this article, is a special offer to participate in newest, life-changing process.

We all know that we are as adults, a product of many things including the impactful influence of our family of origin. As we grow and learn more about what makes us tick, many of us strive to detangle from dysfunctional family patterns to create a more conscious, empowered life. That’s been the crux of my work over the last 15 years and I call it, “conscious soul evolution”.

About 6 months ago, I had a number of my regular clients who were experiencing one of two things: 1) being stuck and/or 2) feeling regret or resentment over the past. If you’ve read my articles over the years, you will know that I have a number of tools to help with this: past life healing, Radical Forgiveness coaching, Brain Tek to rewire the brain’s neurological patterns, HeartMath coaching to de-stress and experience calm and better decision-making. So when all of these tools combined, were not facilitating the type of change I’m used to seeing in my clients, I interpreted this as the time to expand my work.

As it always happens, I had three different people mention a modality that I wasn’t familiar with: Family Constellation (FC) work.  Like Radical Forgiveness, it’s not therapy. It’s a self-help process whereby a facilitator, on in this case, a “Constellator”  guides a client to his/her own awareness about a new perspective relating to a current life issue.  With this synchronistic confirmation, I dove into Family Constellation work for myself first, to get an inside experience for what it’s all about.

Much to my surprise and delight, FC encompasses a bigger, more comprehensive perspective than all my other systems training provided.  In FC work, we take into consideration what can be called the “Family Soul”. And the family soul operates with what FC founder Bert Hellinger calls the Laws of Love. 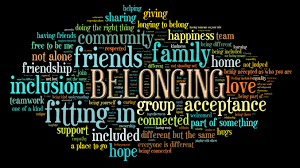 According to Hellinger, the first law of love is Belonging. Simply put, all members of a family soul belong. Sounds simple right? But in actuality, what most of us have experienced on some level, is one or more members of a family (and maybe even ourselves) have been excluded. This exclusion can take make forms: being labeled a “black sheep”, disinheritance, a purposeful cut-off from a problematic family member, an untimely death, a disconnect from one or both parents in early childhood, an adoption and even a miscarriage.

When a family member has been excluded, what happens is that another person in the family, usually someone from a later generation, will unconsciously align with the fate of destiny of the excluded family member and will carry out some part of the other person’s fate. Whoa! 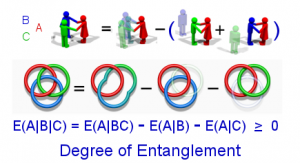 This might sound far-fetched and unbelievable. But bear with me for a minute and I’ll see if I can explain it. 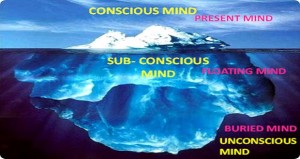 First of all, it’s important to keep in mind that this all occurs on the unconscious level. No one assigns a family member this role but it happens in order to maintain equilibrium in the family system.  Secondly, it’s important to know that relationships with family members (included and excluded), continue to develop even after death! Thirdly, the family soul encompasses a lot more than just blood relatives. It consists of people we bring in through marriage or other significant long-term roles. It includes the ex-partners of our current partners, and it includes generations of our ancestors, even ones we didn’t know. The family soul also includes individuals that have been harmed by our ancestors by acts of violence, theft of a fortune or other significant events that change the destiny of someone else.

Before I had wrapped my mind around all of these concepts, I had my first family constellation process facilitated by an experienced Constellator who has been involved with FC for many years. I’ll give you a personal example of what I experienced.

The issue I wanted help on from my coach was my youngest son’s migraine headaches. Nothing we have tried over the last four years has helped him overcome this debilitating condition. (I’ve tried everything- nutrition, food allergy testing, genetic testing, chiropractic, acupuncture, biofeedback, cognitive behavioral therapy, Reiki, pharmaceutical drugs, and even surgery to ablate the nerves in his head to name a few!)

As we went through the FC process, I was asked a simple question: Did anyone in your family or your parents’ families die early or out of order? My first response was, “No, I don’t think so”. My mother passed way at age 67 but this was not considered early or out of order (like a child dying before the parents.) Then my coach asked me to breathe and go deeper.  Suddenly,  I remembered that my dad’s older brother, the fourth of 4 boys, had died in in 1930 at age 5 from a head injury after falling out of a tree. Five years later, in 1935, my father was born as the “replacement son”. My dad was Son number 5. He was, according to my grandmother, the  son who was never supposed to leave home.  I still remember how my grandmother criticized my mom in front of all of us, for taking her youngest son away from her home. After all, my Grandmother would say, “I didn’t have him at age 40 for him to leave me!!”

To make matters even more interesting, my youngest son is my 5th child. Just like my dad was the 5th son in his family. In FC, I have five children, not four, because we have to count miscarriages.  My first three children’s births were followed by a miscarriage. And Thomas was my fifth pregnancy and fourth live birth.

On top of this, I had purposefully excluded my father from my life when I was age 30. This is when I realized that he was not a safe person to have around my children. So I had a very good reason to exclude him. I excluded him from my life and from my heart. And the heart-part is where the family pattern unconsciously worked its way into the next generation, my own kids.

Sometimes we have good reasons for no longer staying in touch with a family member. Addiction, aggression, abuse, etc.  But the problem comes in when we also decide to exclude them from our hearts and to feel disregard for them. I had blamed my dad, even though I had forgiven him, and thereby excluded him from my heart and excluded him from my family soul. And remember? If someone is excluded, a person in a future generation will unconsciously align with the excluded one to carry out their fate.

The reality is that I loved my dad very much but over the years, I had denied that love. My dad gave me the gift of life. And we also had many fun times together. But I didn’t have the knowledge or resources to understand how important it was to make room for him in my heart and in my Family Soul.

And thus, my fifth child may have unconsciously carried a hidden loyalty to my dad and my dad’s brother who died before my dad was even born. My son’s hidden loyalty showed up in a way that seems clear to me know, after having gone through the FC process: he has suffered with an unremitting pain on one side of his head, and this physical malady, if not resolved, will make it difficult if not impossible for him to leave home!

Pretty wild isn’t it? But it makes sense. With my FC Coach’s guidance, I went through the process of detangling the hidden loyalties and having a discussion, (energetically) with all of my family members involved, including my dad’s brother, my Uncle Wesley. After this process, I felt a tremendous sense of relief. A week or so later, without saying a word to anyone, my son started to perk up. He reported that his headaches were lessening. He was sleeping better. He needed less medication.

It’s been about 2 months now but he continues to improve.  That’s enough evidence for me that FC is working. 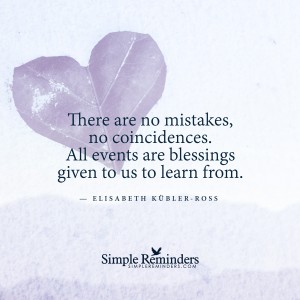 I have had many other so-called coincidences since I’ve been studying and starting to practice FC under supervision. Here are a few:

These are just a few of the experiences I’ve had myself or witnessed in others through this amazing process. FC takes consciousness to another level. It untangles us from repeating the fate of past generations and shows us how to include all of our  family members in our hearts.

If you are interested in this modality, I encourage you to seek out a FC Constellator in your area. Another opportunity is that you can help me as I become certified.  Your case will be confidential but I will have the guidance and mentoring of one of my teachers to help. I am offering this service to three clients only, at a cost of 50% off my regular rate, or $75/hour for our time in sessions.  All that is required is that you have a willingness to explore your family history for a brief time, and to be willing to interface in a different way with your past, in order to create a more conscious, empowered life today! If you are interested, email me: Ronna@sacredjourneyoftheheart.com